What would free sequencing mean?

This is an essay I wrote for a science writing competition before realising that I'm not eligible to enter. Please don't mock me.


Do you remember the first time you used a computer? I do. It was around 1990, and I was six years old. My father had taken me to his office, and one of the secretaries showed me her PC. I don't remember much about it except that several times whilst she was working on it it gave off a tortured noise to indicate that it needed more time to catch up with her typing.


Today any smartphone has hundreds of times more computing power at a fraction of the cost. That computers steadily get cheaper and more powerful has been recognised for some time now and the phenomenon even has its own name: Moore's law.


Moore's law, interesting as it is, pales in comparison to what is going on the world of DNA sequencing. 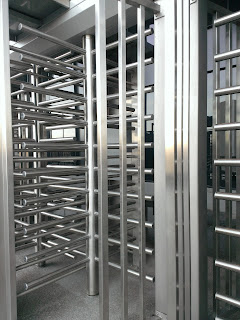 The Human Genome Project, which had the goal of sequencing the DNA of a single individual, took more than ten years and cost roughly $3 billion. Today, it costs a few thousand dollars to sequence a genome, and it can be done in a few hours. Over the last years, the pace at which DNA sequencing technology had become cheaper and better has been staggering, and there is no indication of it slowing down. On the contrary, there are several companies that work on innovations that will ensure that sequencing will become faster, and easier to use, and much, much cheaper. The most likely scenario is that in a dozen years or so, sequencing a human genome will essentially be free.


It is worth contemplating for a moment what the implications of that will be. Depending on your attitude towards technological progress in general and genetics in particular, the following may either excite you or make your very anxious.


Sequencing will initially have its biggest impact in the area of healthcare. Already, sequencing enables the accurate diagnosis of children with severe genetic disorders and of adults with certain types of cancers, and in some cases has led to cures that would not have been possible otherwise.

Another example of how sequencing is already impacting healthcare is the diagnosis of genetic disease in unborn babies as early as in the 10th week of pregnancy. Through the widespread adoption of this kind of tests a lot of severe genetic disorders could be avoided, although this is also likely to lead to an increase in the number of abortions. As time goes by, it'll be likely that sequencing becomes an increasingly important part of everyday healthcare.


Cheap and easy to use sequencing technology may however have its biggest impact outside of the hospital. Computers only really started to change the world once they got cheap enough to become affordable toys for teenage nerds and hobbyists. It may well be that the same is going to happen with DNA sequencers. Handheld sequencing devices could be used by hobbyist entomologists who want to identify bugs in their back yard and by consumers who want to make absolutely sure that their lasagne contains nothing but beef.


The impact of pervasive sequencing could also have more sinister aspects. Today, a lot of effort goes into protecting the data that is obtained by sequencing clinical patients from being accessed by unauthorised third parties. Imagine anyone with a handheld sequencer could get the same data about you from some dandruff you have left behind on your keyboard.
Posted by Art Wuster at 1:56 PM

Art Wuster
I'm a human geneticist interested in drug discovery. This is my personal blog.